PRUV® is a tablet lubricant specifically designed for formulations in which other lubricants lead to formulation and/or manufacturing challenges. As opposed to the frequently used lubricant magnesium stearate, PRUV® offers the following advantages: 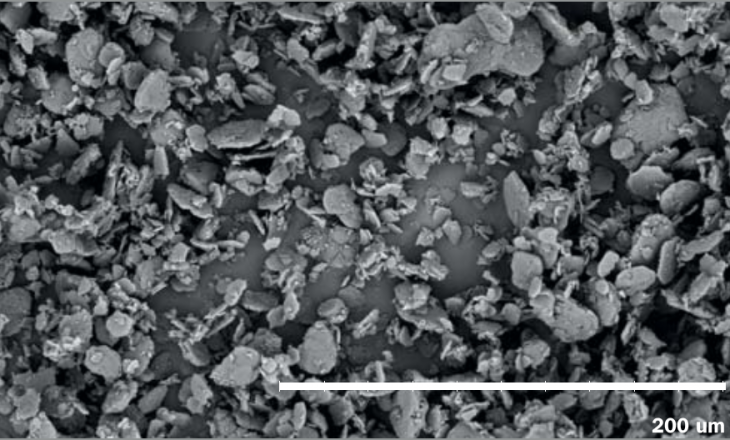 PRUV® helps to avoid API incompatibilities and enhances API stability. With a few exceptions, can be applied to any formulation for lubrication, particularly those in which API stability or tablet taste is compromised due to magnesium stearate. Because the magnesium cation (Mg ) is electrophilic, it interacts with the free electrons of an API and forms insoluble salts. This is one of the many causes of API incompatibility with magnesium stearate.

PRUV® is preferred for better taste

PRUV® is preferred for organic salts

PRUV® is preferred for other APIs

PRUV® is preferred for APIs with carbonyl and/or carboxyl groups

Tablets made with PRUV® (vs. magnesium stearate) are mechanically more robust leading to enhanced production yields and shortened formulation and scale-up time. Formulations with magnesium stearate are extremely sensitive to blending times. Even a slight overblending can lead to a dramatic drop in the mechanical strength of the resulting tablets. By contrast, blending time has very little effect on tablet strength in formulations made with PRUV®. The dissolution of poorly soluble active ingredients may be impaired by the presence of highly hydrophobic ingredients (such as magnesium stearate) in a formulation. Due to its partial hydrophilicity, PRUV® enables rapid dissolution of low solubility APIs as demonstrated in the case study outlined below. Influence of the Particle Size on the Functionality in a Formulation

The functionality of PRUV® was compared with PRUV® Coarse Grade (CG), a commercially available Sodium Stearyl Fumarate (SSF), and an experimental, micronized type of SSF. Owning to their different particle sizes, the three grades showed significant differences in their specific surface areas (Table 4). A study was carried out to understand the effect of particle size and specific surface area on tabletting performance and finished tablet quality. In particular, the compactibility, lubrication efficiency, and disintegration times were compared for placebo tablets consisting of Dibasic Calcium Phosphate, Dihydrate and different grades of SSF (Table 5). The experimental, micronized grade, by contrast, showed a reduction in tablet hardness. Due to its fine particle size and large surface area, the micronized grade is more likely to form a coherent film on the surface of the filler/ binder, thus negatively affecting tablet binding. This effect is similar to the over-blending and over-lubrication problems often observed with magnesium stearate The effectiveness of lubrication was determined by comparing the ejection forces for the three formulations. PRUV® and the micronized grade were equally efficient in terms of reducing the ejection force. PRUV® Coarse Grade (CG), on the other hand, had a reduced lubrication effect as indicated by the increased ejection force. As shown in Figure 7, PRUV® Coarse Grade (CG) has a smaller specific surface area than PRUV®. Consequently, the surface coverage of the tableting blend is reduced, thus causing higher friction between the tablet and the die wall. PRUV® and PRUV® Coarse Grade (CG) had a negligible effect on the final tablet disintegration time at all compaction forces/tablet tensile strengths tested. The experimental, micronized grade of SSF showed significantly higher disintegration times than the other two grades. The formation of a coherent fine particle film (mentioned previously in discussion of tablet hardness) is likely to also have a negative effect on tablet disintegration, as it may be expected to hinder the entry of water into the tablet core.

While PRUV® Coarse Grade (CG) is equivalent to PRUV® in terms of tablet hardness and disintegration time, it does not show the same outstanding lubrication efficiency.

The experimental, micronized grade, on the other hand, was comparable with PRUV® regarding lubrication performance, but showed reduced tablet hardness and increased disintegration times.

PRUV® has been shown to have the ideal particle size and specific surface area to offer a perfect balance between all functionality aspects.

Particle size and specific surface area have been defined as Functionality Related Characteristics (FRCs) by the leading pharmacopoeias. The specifications for PRUV® have been set correspondingly tightly to ensure consistent performance. In addition, QbD data packages are available upon request.